​The Simplest Symphony: Your life on Earth, Philosophizing Purpose and Place in the #21C

The direction I decided to take this project in was the same direction my thoughts tend to go when I delve into philosophy, purpose on a grand scale. I wanted to illuminate my belief that there is a feeling we are all seeking in this life, it’s almost like perfection, and complete connection. We get to it through different means, sports, religion, ideas, artistic endeavors. The essential question I was aiming to answer was very simple, “Why is there something instead of nothing?” My father wrote his senior dissertation in college on this idea, and I think essentially encapsulates the human craving for understanding. He was the first person to introduce philosophy to me as a child and I idealised him as the epitome of wisdom. That’s why in the simplest terms I could, i wanted to document what at this time I believe is the pattern or reason for being.

I had never thought to seek others who believed something similar to me, so when I found out that transcendentalism existed I was blown away with how similar my thoughts were to the belief system of these people. Walt Whitman once said, “In the faces of men and women, I see God” I think this encapsulates this philosophy very simply. This is about seeing the natural world as a god-like force, and the interconnection of every single thing. Transcendentalists really appreciate the idea of simplicity, rejecting religious dogmas or texts, which I really resonate with. I have always thought that personally I will shape my beliefs and ideas on experiences and what I myself have found to be true. I just find it hard to believe something that has been refined through human greed and confusion. In christianity, there is an idea of the holy spirit, that runs through everything in the universe and is accessible to the human mind. I like this and I think this is the basis for transcendentalism, just that there is a level of reality that is unfathomable logically but emotionally we touch throughout our lives. I have always felt very connected to these ideas, but I had no idea that there was a community of people who believed the same thing generally, so this shifted so much of my weariness with religion. Religion itself is not inherently harmful, and I want to keep as open as possible so I can experience and learn as much as I can. There is also practical aspects of this belief system like feminism and anti-war protests, for the idea that we are all one. I just think that real action means that we are taking good ideas into reality.
Moving forward, I know that my ideas will shift and change but I also think that life is a series of forgetting and remembering soul lessons that we all know to be true, but because our brains are limited, we are only able to focus on bits and pieces at a time, so throughout my life I will be focusing on different aspects of the divine, and what is beyond my comprehension. I would like to look into the scientific explanations of things like spiritual experiences and the physical effects they have on the body. I would also like to ask future me what happenings alter my thoughts in a drastic way, what big moments in my life shift my beliefs enough to notice. I want to come to terms with death, and maybe find a personal philosophy to help me in that direction. In general I want to come to a place where I am content with my beliefs instead of constantly looking for dramatic changes in what I think. 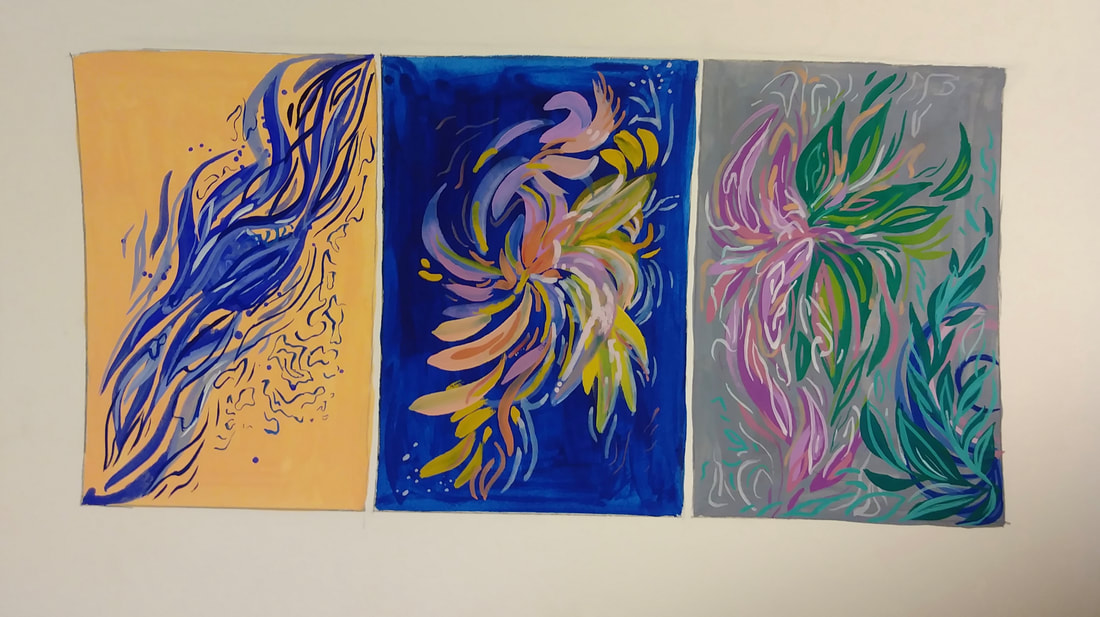